Japan maintained its grip on second place on the medal table with gold medals coming from some unlikely and lesser-known sports on Monday, the Asian Games’ 10th day.

With just six days remaining, Japan, with 43 gold, 36 silver and 57 bronze, has consolidated its position, well behind China’s 86 gold, but seemingly locked into second ahead of South Korea which has 28.

On Monday the gold medals came in karate, bowling and archery.

Mirai Ishimoto delivered a win in women’s bowling masters, leading both preliminary rounds and then clinching the final with 481 points, eight ahead of the silver medalist from South Korea.

“I gambled everything on bowling my way and not forgetting what it is like to smile without any regrets,” said Asian Games debutant Ishimoto, 21, who became the first Japanese woman to win an individual ten-pin bowling gold at the games.

“At the start, I was a little uncertain about my line but when I figured it out I was able to bowl with confidence.” 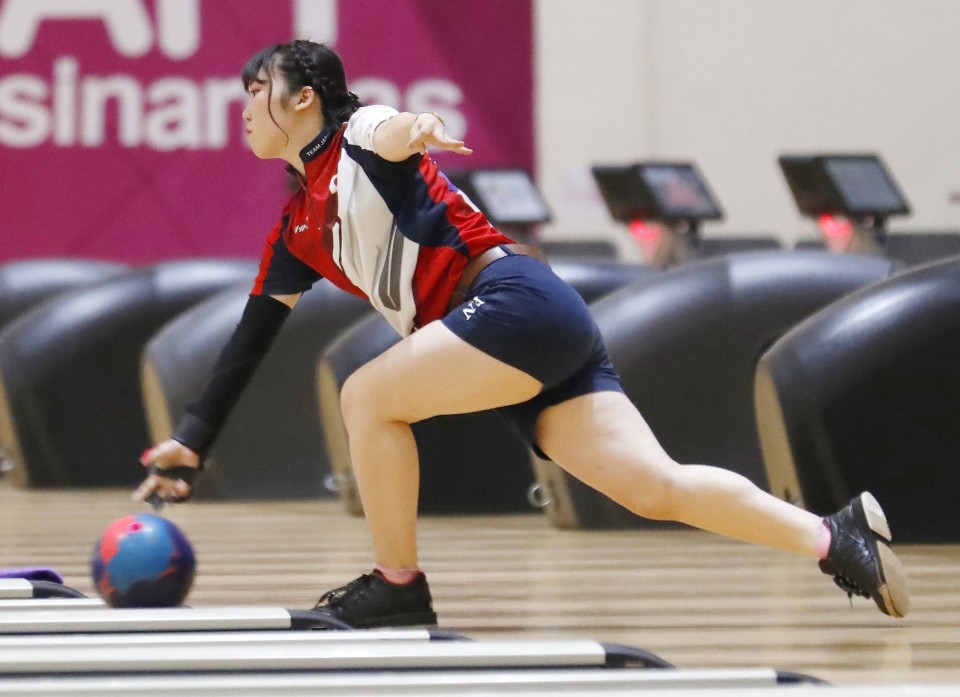 The highlight for the team of Tomomi Sugimoto and Takaharu Furukawa was the second set in which they shot a perfect four arrows to score a 40-point maximum.

“I put out all the power I had and it became really easy after Sugimoto scored (a perfect) 10 points (with the first arrow of the second set),” Furukawa said. “We were able to prove that Japan can reach the top in Asia.”

The archery gold was Japan’s first at the Asian Games since 1978, when both the men’s and women’s teams won. On the same day, the women’s recurve team defeated China 6-2 for bronze.

The two-time defending men’s under-84 kilogram karate champion Ryutaro Araga came to Indonesia with a big reputation and lived up to it, taking yet another title to become the first Japanese to win three karate gold at the Asian Games.

He beat Ahmad Almesfer of Kuwait who lost gold on a decision.

“The Japanese men hadn’t won any kumite medals (here) so I couldn’t just lose. I was expected to win and I felt coming into the Asian Games I had to get a result,” said Araga. 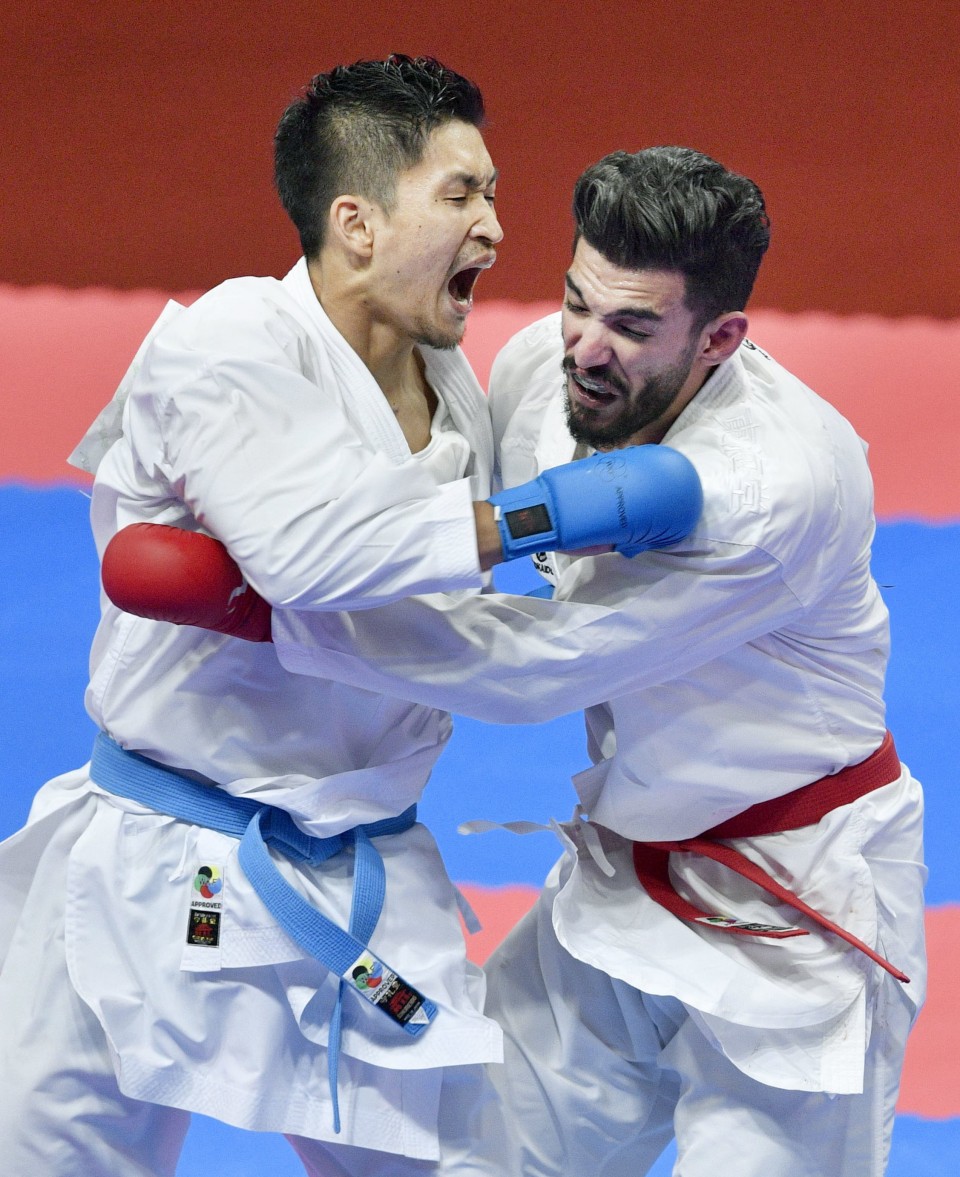 It was a day of lost chances for Japan’s squadron of badminton players.

Misaki Matsutomo and her partner Ayaka Takahashi missed their golden opportunity, losing 2-0 (22-20, 22-20) to a Chinese pair in the women’s doubles final.

The duo was competitive throughout the match, but missed game points in the first stanza were costly. They fended off match points in the second before eventually succumbing.

Japan’s remaining hopes in the men’s and women’s singles were sent packing in their semifinals, Kenta Nishimoto and Akane Yamaguchi both losing 2-1.

On the athletics track, Japan only managed one medal, a bronze for Takatoshi Abe in the men’s 400-meter hurdles. He crossed in 49.12 seconds, a long way behind gold medalist Abderrahman Samba of Qatar.

Kazuki Amagai, Yudai Nitta and Tomohiro Fukaya rode Japan to a games record in the men’s track cycling team sprint, but, unfortunately, the time came in the bronze final, so they had to be happy with third.

A number of Japanese teams had success on Monday.

Yuto Iwasaki netted twice to give Japan a 2-1 victory over Saudi Arabia in the men’s soccer quarterfinals. A Japanese men’s soccer team had not reached the semifinals of an Asian Games since 2010.

“It was really important to score two goals, and being able to survive our opponents’ often explosive offense was huge,” said Samurai Blue and Asian Games coach Hajime Moriyasu. 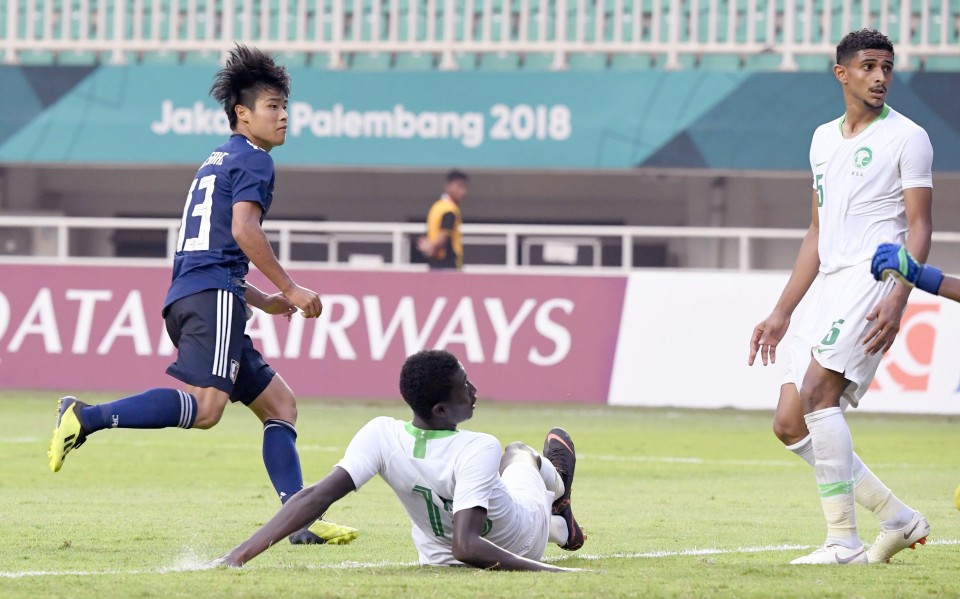 The Japan men’s handball team lost to Bahrain at the semifinal stage, the 31-20 result meaning they will face South Korea for bronze on Friday.

Bringing to an end a games that will be remembered more for a sex scandal than anything that happened on the court, the remaining eight men of Japan’s basketball team were defeated 93-67 by a stacked Iran team in their quarterfinal.